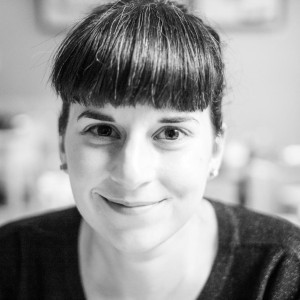 Alexandra Deschamps-Sosino is an interaction designer, product designer, entrepreneur & speaker based in London.

She was named 2nd in Top 100 Internet of Things (IoT) Thought Leaders (Onalytica, 2014) and included in the Top 100 Influencial Tech Women on Twitter (Business Insider, 2014).

Since 2006, she has built consumer-facing IoT products, services and communities for clients such as BBC R&D, Nokia, British Gas, EDF, British Telecom, and is the founder of the Good Night Lamp, a family of internet-connected lamps for your global friends and family.

She heads up Designswarm, a consultancy for governments & corporate clients who want to plan for next generation of connected products, experiences & strategies. She also helps advise early stage startups.

In addition, she has been running the London IoT meetup since 2011, the world's largest dedicated meetup that topic, and is the co-founder of IOTAngels, a UK-based angel network for IoT investments. She is also the co-editor of Connected, a magazine covering IoT thought leadership.

Deschamps-Sosino was co-founder and CEO of Tinker London, a smart product design studio. Tinker was the first distributor of the Arduino platform in the UK, ran workshops around the world and offered design and consultancy services to global clients like BBC R&D, National Geographic, digital agencies and media companies.

Her work has been exhibited at the Museum of Modern Art in New York, the Victoria & Albert Museum and galleries around the world.

ACE Creative IoT Bootcamp: Internet of Things – why everyone should care about it