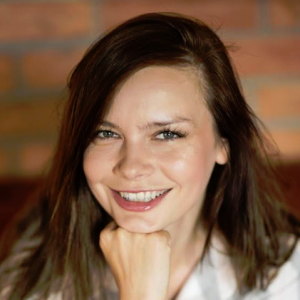 Co-founder and CMO of Evenea.pl – event management and ticketing system, which was awarded a local startup ecosystem prize  „Auler 2011“ for the best Polish startup of the year. She was also the Director of The Founder Institute in Warsaw since 2012 for 2014. Between 2016-2018 Aga was Robert Biedroń’s New Technologies Adviser. She co-organises Lublin Startup Weekend, she is very active in startup communities and she is a ChivasVenture juror.
In 2016 Aga was awarded the prize for the Most Influential Woman in startups according to CESA.