Do you remember the desert wasteland from Mad Max? There are places on Earth that look like this, and they’re growing bigger and bigger because of a desertification. Does it mean, that our world could look like this? Probably yes, but thanks to Afforest4Future we can stop these changes and reverse them.

Do you remember the desert wasteland from Mad Max? There are places on Earth that look like this, and they’re growing bigger and bigger because of a desertification. Does it mean, that our world could look like this? Probably yes, but thanks to Afforest4Future we can stop these changes and reverse them.

They are working on a specialized AI, that will be able to predict the locations in the desert which can be greened two times as fast and will help make deserts green again. As a result the average temperature of our planet will drop. How do Afforest4Future want to achieve that and how close are they to start repairing our planet?

What are the problems?
Desertification is a growing problem and each year we’re losing 12 million hectares of arable land because of that. That’s 23 hectares per minute! On top of that, more and more dams are facing siltation problems because of sedimentation. In the next decade, 70% of them will need to be repaired, which generates billions of dollars in cost.

What’s more we invest millions in locations that may not be best suited for greening projects. This results in mass failures and wasting money, that could have been used to create a full ecosystem boost, had we known where to put the efforts in the first place – says Mara Tanaskovic, from Afforest4Future.

AI for GOOD
Fire, our first invention, can burn villages and cook food. All technology is only what we make of it. Exponential technologies are undoubtedly going to shape the world we live in, so let's make sure it’s a hi-tech Avatar type of an oasis rather than a Mad Max scene – adds Vesela Tanaskovic, Chairwoman of Afforest4Fututre.

They have a precise plan for afforestation and achieving land degradation neutrality, but to accelerate their progress in this process they’re working on an algorithm, that will pinpoint the most suitable locations for doing just that. To find these places, the algorithm is using satellite images of existing water reservoirs, deep vision algorithms and it’s focusing on arid and semi-arid regions, to get information about the volume of water and the sediments behind the dams.

Sahara as an oasis
After the algorithm computes the data, there’s still a lot of work to be done. To develop green areas, that can keep the humidity and become full of life, the company founders had developed a novel afforestation method. It was developed by one of the founders, Vesela Tanaskovic during her Ph.D. studies at the Technical University of Vienna. Creating a topsoil in dry lands usually takes 10-15 years, and now with her new method, the amount of time needed is shortened to 1 day.

All of this is based on easy transportation of the mud out of the dam and after processing the wastewater in plants using natural treatment, spreading it as a topsoil to plant desert native trees.

Global and local profits
Thanks to the afforestation, startuppers can generate a lot of positive effects that will impact not only arid regions but also the whole planet. From creating new workplaces for local people in factories, through saving endangered species of plants, to giving farmers new lands to cultivate.

Reducing the desert wastelands will also impact the global temperature and lower it, which will reduce the effects of global warming.

Next steps
Enhancing the algorithm is the most important goal for this NGO in the near future. They want it to be able to extrapolate its predictions for 5-10 or even 15 years for both: datasets water and sedimentation. 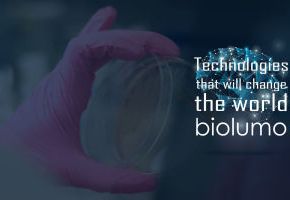 Technologies that will change the world: Polish startup launches war against antibiotic resistance 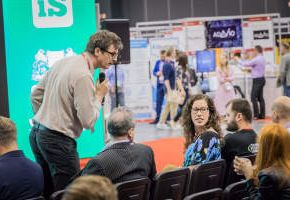 Investors in Startups – Theory and Practice 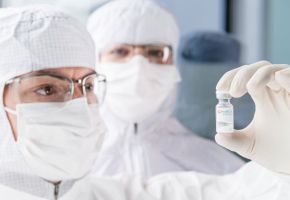 How to Build a Biotech Unicorn in the EU