However, bear in mind that it's often the unpopular things like a perfected process, a clear hierarchy system, or a focus on measurable performance that make all the difference between an ambitious startup and a successful company.

I firmly believe that when business is growing and the founders want to keep it that way, remaining a startup in the purest sense of the word is a Utopian concept, and clinging to it means saying no to future growth and, ultimately, to reaching the desired unicorn status.

Strangely enough, this pursuit of staying a startup forever is pretty much limited to Central Europe. It's a bit of a cliché to use Silicon Valley or London as examples of a healthier, more sustainable attitude towards the startup–corporation relationship, but things become clichés for a reason. In these markets, there's a symbiosis between the two worlds. Well-established companies and newly founded startups both know what they can gain from working together and inspiring one another. Corporations turn to startups for fresh ideas, forward-thinking product concepts, and bright minds that would be hard for them to attract directly. Startups see their corporate counterparts as those who've already made it and who can prevent them from reinventing the wheel.

Regardless of how long the founders resist the corporate world's calling, they'll have to take something from it and apply it to their company, be it managing finances, mastering the hiring game, or learning to make tough decisions such as who'll stay with the company and who won't.

From what I've seen during my career, the hardest part of accepting the necessity to “corporate up” is changing the product-first mindset. I'm not saying that anyone should start neglecting their product. What I mean is that founders, many of them highly skilled tech-oriented people, have a natural inclination towards ploughing all the money into the product itself and hoping for the best when it comes to marketing it. This scenario works in the early stages of a startup, when there's not much to sell yet. However, once there is, a certain shift in resource allocation is inevitable. To give an example, I have yet to find a startup that could scale up without a sales department. No matter how groundbreaking a product is, it won't sell if nobody outside the founder's network knows about it. This is especially true in the digital product business. Thousands of new tools, apps and systems flood app stores every week, and the level of success each of them achieves becomes more and more equal to the amount of money spent on sales teams and marketing activities, which for some founders is the very equivalent of the direction they want to avoid.

Another critical moment comes when a startup is successfully growing, and the first HR-related questions start demanding answers. These may not be very pleasant, as founders often have to decide whether to remain friends with their original team or act as businessmen and CEOs, regardless of how it affects their personal relationships within the company. Good people who've been with the startup since day one might not accept the transition to a more corporate-looking environment, even if they'd benefit from it in the long run. Unfortunately, this is quite common a scenario, and I see it as the defining moment that will predict whether the founder really has what it takes to become a serious entrepreneur.

So, should you “corporate up” right now? Certainly not for the sake of looking more serious. But if you've felt stuck for some time, giving up a bit of the cool startup factor in exchange for a better running, well performing business could be the decision that will push you towards a better tomorrow.

Vít Šubert - Co-founder and partner of U21, an incubator focused on the European startup scene and organiser of Startup World Cup & Summit. More articles about startups, business and new tech trends you'll find in Growth with Tech Magazine. You can download it here. 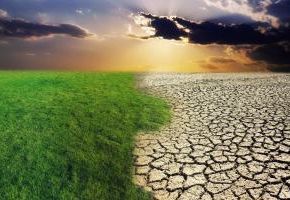 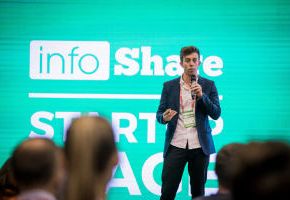 What lies behind the success of a young company?  “Determinants of success. Global research on personality traits of startup CEOs” - first edition of a project supported by the infoShare Foundation has started 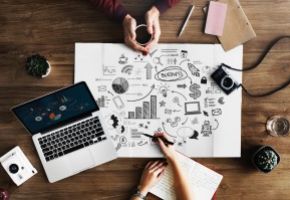 Sustainability covered at the Infoshare conference  11.08.2022