Here's an interview with Wojciech Radomski, CEO of StethoMeTM - one of the winners in infoShare startup contests in 2017.

An interview by Agnieszka Meller, infoShare

AM: Where did you get the idea? Was is just the fact that you are parents or was it something else? When did you decide to start working on the product that is missing on the market?

Wojciech Radomski, CEO of StathomeTM: Two of our scientists have kids and actually they came up with the idea which – as it turned out – is a problem for most parents in the world. Children get sick often and parents don’t have any tools to check what is going on in their lungs. It’s only the sound of their cough that can suggest how serious the situation is. What’s even worse is that children with chronic illnesses like asthma don’t have an instrument to control the illness. It’s as if a diabetic person couldn’t check the blood sugar and a doctor would subscribe drugs on the basis of the descriptions of his/her feelings. Allergy specialists see this problem and they report it. A solution like StethoMeTM seems simply vital. 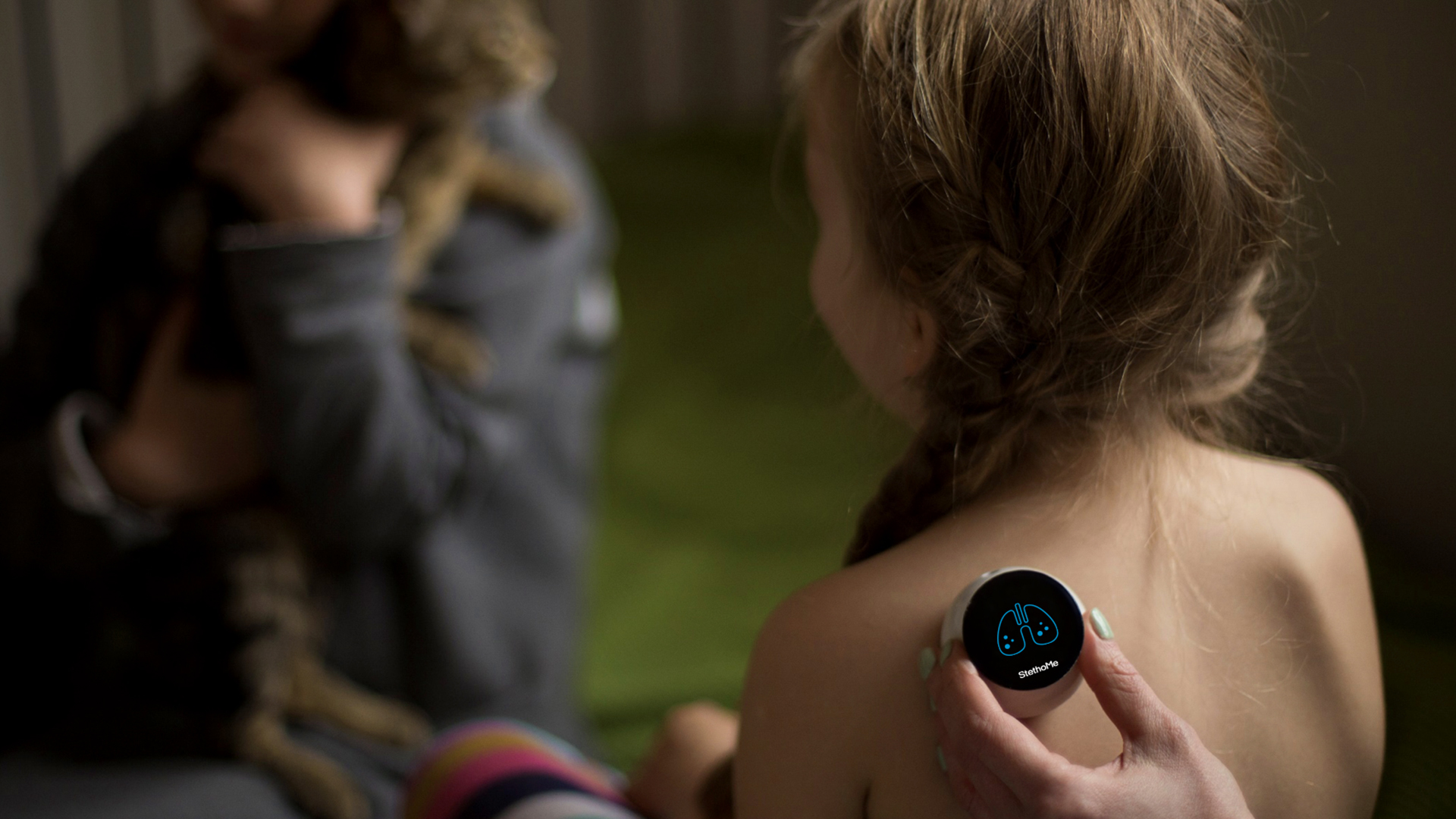 AM: According to one of your statements in „Mam Startup” if patients had StethoMeTM at home as many as 75% of them would avoid unnecessary visits in the clinic and their children wouldn’t have to be exposed to dangerous virus or bacteria. On the other hand, alarming symptoms could be diagnosed faster, which is crucial since 13% of colds turn into pneumonia. Where did you get these numbers and which area do they concern? They legitimate a gigantic market for your product!

WR: Data shows that 75% of consultations can be performed with the use of telemedicine, without the need for a traditional visit.  This data comes from the American Medical Association and Wellness Council of America.

At the moment a parent doesn’t have a choice, there is no possibility of a remote auscultation and as we all know this is the basic examination. We don’t want to miss out on a serious illness we decide to go thorough visit and often we have to drive far or stand in queues. We expose our children to a dangerous virus, bacteria. We lose a lot of time, we get nervous. All of this stress is just another burden for the child’s organism. 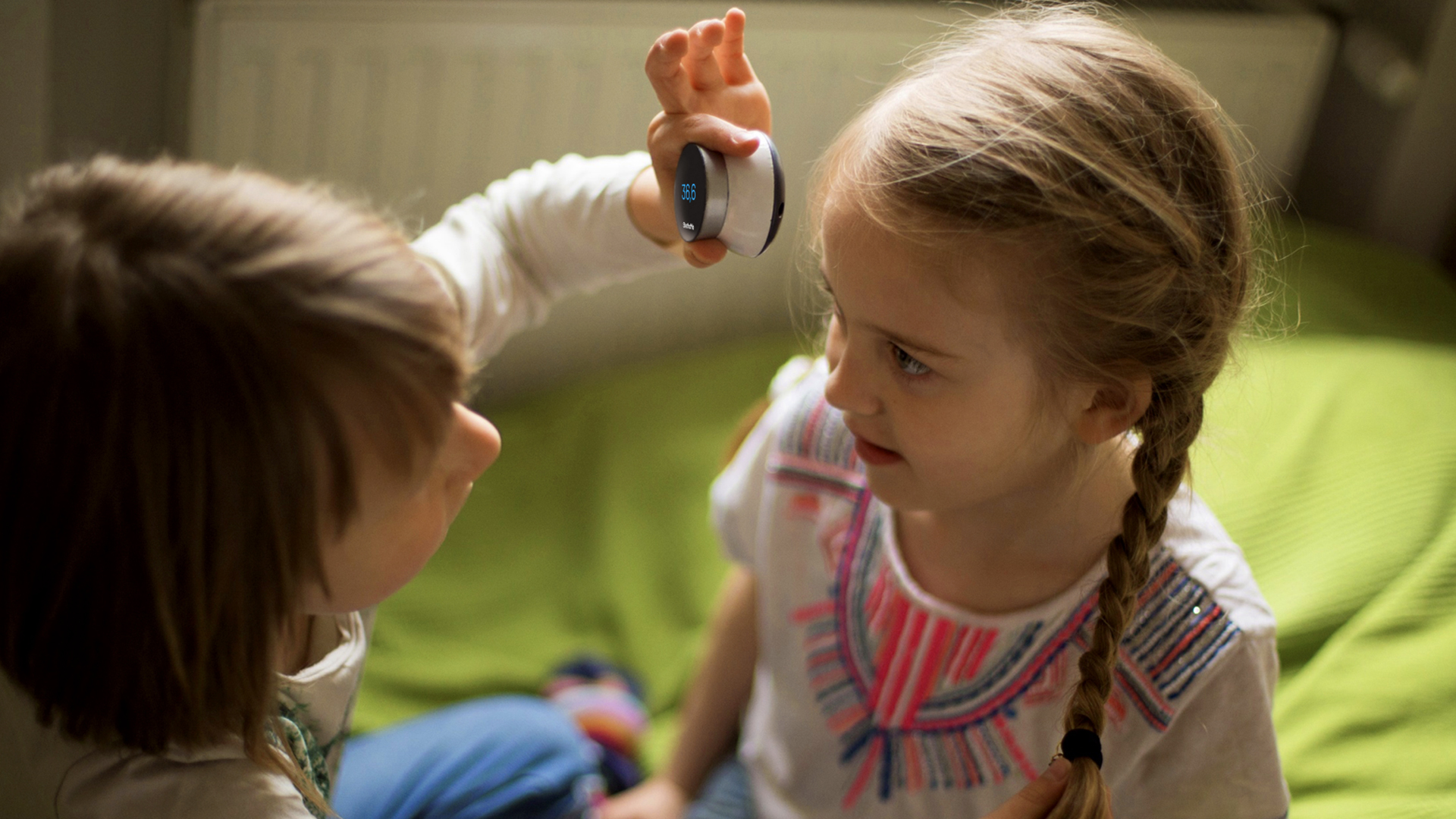 According to UNICEF, every year pneumonia kills more than 3 mln of kids in the world (https://emedicine.medscape.com/article/967822-overview). The same source says that even 13% of simple infections turn into pneumonia. It’ s a giant amount. If we could diagnose these children faster and more precisely it would mean a lot. You could even say that we would save their lives.

AM: What is the stage of the product now? Is your estimation of starting the sales in the 1st quarter of 2018 still valid?

WR: The product is ready for production. The algorithms which identify the pathological sounds are still being developed but their efficacy is very high and their sensitivity is better than human hearing. We decided not to sell the solution commercially in 2018. We will implement it in the form of pilot tests in clinical centers. We want to confirm the efficacy and have a fully functional system before it appears on the market.

AM: Who is your biggest competitor?

WR: The market for electronic stethoscopes has existed for a long time. The leader is Littmann – the main producer of analog and electronic stethoscopes. These tools are dedicated to physicians only. Their use in the area of transmitting the auscultatory sounds is limited to cardiac sounds. It is caused by the type of converter which generates additional artificial crackling sounds similar to pathological crackles present in pneumonia This is confirmed by tests run by StethoMe™. It’s also a problem commonly known in the medical community. However, a more important fact is that typical electronic stethoscopes are basically useless for parents at homes. This is why we don’t think consider them to be our direct competitor.

At the end of 2016, another company emerged – CliniCloud – which introduced a first in the world stethoscope for the home user. It’s a wired device with a limited number of auscultation possibilities. Nonetheless, it doesn’t include an autoanalysis system for the diagnosis of registered sounds. Lately, there’s a lot of buzz about the TytoCare solution which is not on the market yet and doesn’t have the sound analysis module just like CliniCloud. In Poland, there is also the PoraNaDoctora solution. Despite having a stethoscope included in the set it concentrates mainly on teleconsultations. The solution is very primitive and it leaves much to be desired. 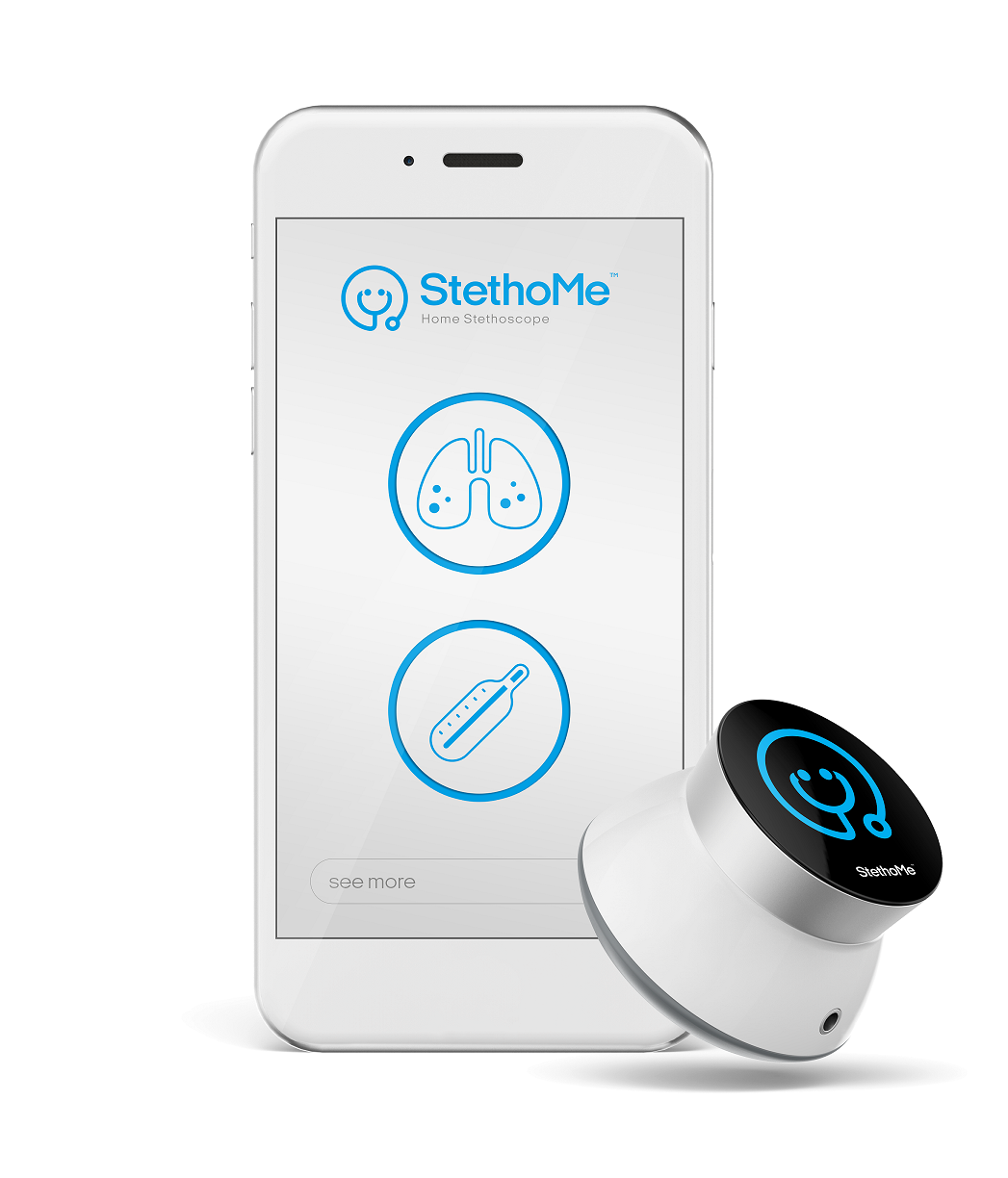 AM: What are your development plans for StethoMeTM? Where do you want to go with the product?

WR: We focus on the development of the algorithms which analyze acoustic signals. We will create algorithms specializing in the analysis of lung sounds and cardiac sounds. We believe that this is the biggest value of the solution and the existing tests show that it can be extremely effective.

AM: E-health is one of the „industries” with a lot of challenges and niches. Do you have any other problems that you want to solve in the near future?

WR: Telemedicine and e-health are a sector which grows rapidly. Unfortunately, in Poland, there is still an enormous amount of work to be done… Our solution depends on the development of telemedicine and its infrastructure. StethoMe™ is a completely new solution which demands an extensive education of the market, winning patients’ trust etc. It’s a huge challenge.

WR: First of all the confirmation that our solution is needed and that there are other people who think the same. What’s very important are the contacts and relations that you can find there. I also have to say that the financial prize was very helpful. Usually, contests offer a financial prize which in fact is a possible funding. The information that goes to the media is that a startup wins a huge amount of money but in reality, it’s very rare that the funding contract gets signed. In this regard, infoShare was exceptional and truly helped us in the project. We have been to many events and we have quite a few rewards on our record but in our opinion, it’s the best event that we have ever participated. 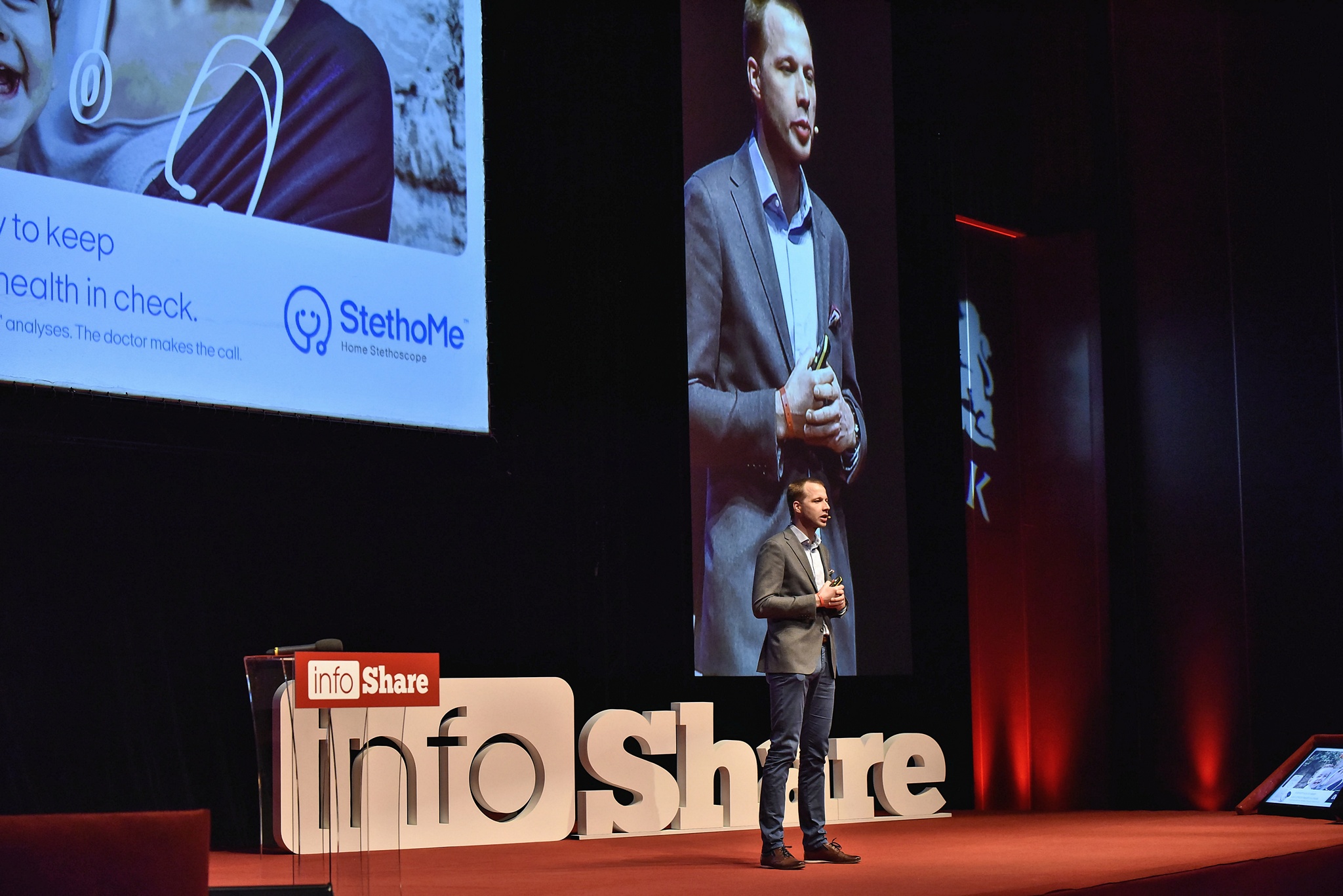 AM: 2018 is around the corner. What should I wish you to fit in your business dreams?

WR: We are in the middle of a very important process that we cannot talk about until the 21st of December. If it comes true it will be our dream come true for the next few years. :) 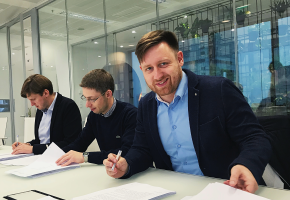 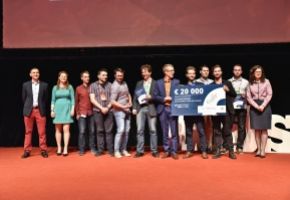 FindAir - the story of success