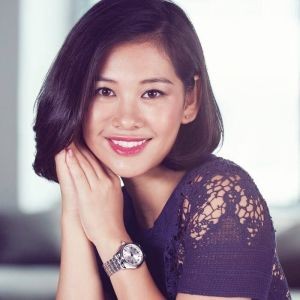 Pocket Sun is a venture capitalist, entrepreneur, and global keynote speaker. She founded SoGal, one of the largest global entrepreneurship and venture capital networks for women, with 13 chapters worldwide. Together with her business partner Elizabeth Galbut, she founded SoGal Ventures, the world’s first millennial venture capital firm to invest in early stage companies in the US and Asia led by diverse teams. As millennials themselves, Pocket and Elizabeth invest in the future of how the next generation lives, works, and stays healthy. Since 2015, they have invested in 50 startups, of which two have been acquired. Pocket received her Master’s Degree from the University of Southern California in Entrepreneurship and Innovation, and shortly after became one of the youngest people to ever be on the cover of Forbes Magazine at the age of 24. She has been featured in Forbes 30 Under 30, BBC World News, New York Times, LinkedIn Top Voices, Prestige 40 Under 40, Harper’s BAZAAR, CCTV, The Straits Times, Business Times, Channel News Asia, DBS “Asian Unstoppables”, etc. She was also a TV host for Channel NewsAsia’s Start-UP Season 5, and a podcast show host on China’s XimalayaFM with over 1 million listens.

Defining your moonshot in the Millennial Age