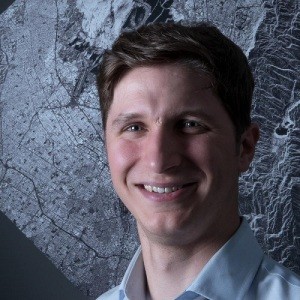 Rafal Modrzewski is the Chief Executive Officer and co-founder of ICEYE. ICEYE aims to launch and operate a constellation of  micro-SAR satellites providing access to timely and reliable Earth observation data. ICEYE is the first company that has successfully miniaturized a SAR satellite, creating a unit that is 100x more cost-effective than traditional counterparts. With its SAR satellite constellation, ICEYE offers its partners  a set of unprecedented satellite imaging capabilities, accessing any area of interest faster, more frequently and at lower cost.

Since co-founding the project in 2012, which became the company in 2014, with Pekka Laurila, Modrzewski is responsible for overseeing the organization’s growth and implementing ICEYE’s overall vision. Modrzewski brings with him deep domain expertise in SAR engineering, and he has received the 2018 Forbes 30 under 30 Technology award based on the world-first achievements of ICEYE.